Founder of Art Deco, a construction company based in Parma specialized in prestigious interventions 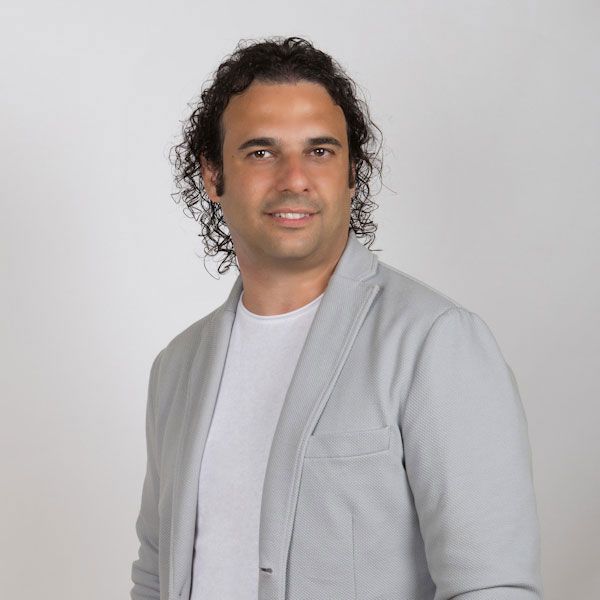 In his long career, gained in more than 20 years of experience in the sector, Luca Sechi has been able to combine the passion for beauty with precision and technical refinement, in order to make each work unique and qualitatively flawless, transforming a craft into a real mission.
His professional career, characterized by seriousness, discretion and ethics, both towards the client and towards his collaborators, has allowed him to be today a point of reference in the luxury building sector.
One choice, that of focusing its activities on respect and a sense of responsibility towards the people who open their home to their company, who rewarded them with great job satisfaction and human in the boom years, but also sustained in the most difficult economic moments linked to the building sector.
Its daily task: never lose sight of the goal, with you nacia, sacrifice and conviction, to give continuity to what matters most, or to put the best Italian artisan tradition at the service of beauty.

STORY OF A PASSION

Luca Sechi's professional history begins aboard a battered car, on which a work ladder was tied and within which the few tools of the trade were the company of the young entrepreneur who was only 21 years old in 1998.
Thanks to his father's teachings, which since he was a child, he was passionate about his family's activity, and his subsequent theoretical and practical vocational training, in fact, Luca Sechi felt ready to face the market and, straight back, so much effort and an unshakable belief in his desire to transform the love of aesthetics and fine finishes into the work of life, he started his own business and founded Art Deco in 1998.

His precision and talent, matured thanks to experience, hours of application and above all humility to learn when he supported the master restorers, have allowed him to build a client package, in the private luxury construction sector, loyal over time.
So much so that since the early days, in the summer months with the highest density of requests, he needed the collaboration of fellow artisans until, on the eve of the crisis years, it was around 2007, he decided to create his own team you can count on.
Considering the times and the sector, among the most affected, the move could have seemed unconscious, but instead it was rewarding, because fortunately the fine building has continued to ensure a certain work constancy.

But the working method was especially rewarding: the employees, whom Luca Sechi prefers to consider as equal partners all focused on the same goal, are trained to tiptoe into people's homes, which open the doors of their private lives to strangers. Therefore maximum transparency, education and professionalism, in respect of time, in the timely execution of the works and in listening to the customer's needs.
Thanks to perseverance, willpower and the desire to do well at all costs, sometimes even in the face of cheapness, Art Deco today is one of the most significant companies in the industry, able to ensure its seriousness but also that of the network of tried and tested professionals (plumbers, electricians, carpenters and others) of which Luca Sechi has surrounded himself over the years, to guarantee customers who require him a so-called "turnkey" job.

A passion in the work that Luca Sechi wanted to perfect with the achievement of the Surveyor's Diploma, obtained by attending the school in the evening so as not to take time away from the construction site during the day, with consequent professional qualification, also reached with sacrifice given the internship mandatory daytime.

An example of how commitment, loyalty, work done in a workmanlike manner, are values that, if pursued with passion and self-sacrifice, return great satisfaction and recognition, in terms of reputation but above all of realization of a dream.
Luca Sechi, in addition to being an entrepreneur, is today the technical director of a construction site for a quality network of Mady in Italy for abroad; Member of the Union of Builders Cna Parma; President of the “Per Amico” Consortium consisting of the excellences of the construction sector on Parma; Commissioner of the Chamber of Commerce for the survey of informative prices of the Parma Building Works.
Once consolidated its experience in entrepreneurial and representative terms, Luca Sechi is now planning a further step of professional growth: to support the commitment for company development to the start of the surveyor activity. A branch, that of professional consultancy, in which, in addition to the training skills acquired, the technique gained in the field will also flow, for a conscious and competent service.